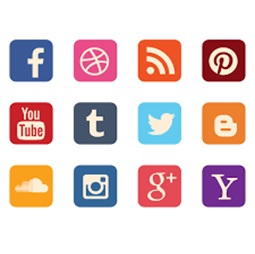 Social media has become a way to meet new people and connect with friends, family, co-workers, and acquaintances.  Sounds like a great idea, right?  Well, with controversies surrounding fake news, data breaches, mental health impact, and hate speech, maybe it is not such a good idea.  On June 30, 2010, “World Social Media Day” was born.  Its intent was to recognize social media’s impact on global communication and to celebrate it since almost everyone uses social media in one way or another.

Some may argue that social media is evil, while others claim it is good.  There are pros and cons to just about everything so it is up to individuals to determine for themselves.  Let’s take a look at some of the pros and cons:

The Bellevue University Library uses several of these social media platforms to engage patrons by marketing their sources and services.  Check out the following links to follow us and see what the Freeman/Lozier Library is promoting.