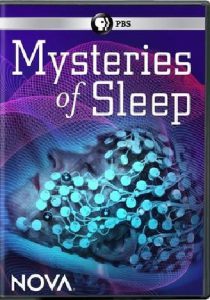 Within the last decade, there has been considerable research on the mysteries of sleep. This topic has not only baffled scientists for centuries, but to this day remains a remarkable mystery. In the video Mysteries of Sleep by Terri Randall, viewers learn about the broad spectrum of sleep in both animals and humans. One of the animals studied by scientists at the University of California Berkeley was the dolphin. Scientists believe that dolphins have a unique sleep cycle where they are in an awake-like state and a sleep state at the same time.  Another animal that was studied is the bat, which sleeps upside down in caves for as much as 20 hours a day, whereas humans spend one third of their lives (approximately 7-8 hours per night) in the unconscious, unresponsive, immobile state of sleep. In this video, scientists discover some cutting-edge research, providing researchers a new view inside the sleeping human brain. One discovery is that having a good night’s sleep each night is essential and quite possibly the single most important thing you can do every day.

For human experiments, sleep caps were used by the participants to record brain activity on an electrocardiogram (EKG). Once the human subjects fell into a deep sleep, the waves on the EKG slowed. Despite the slowness of the signals passed from neuron to neuron during deep sleep, scientists believe that one’s brain is just as active during sleep as when one is awake. A second study included toddlers who were each presented with three unique different objects they had never seen before. Those children who napped shortly after being shown the objects were more likely to retain the name of each object.

The Mysteries of Sleep video explains the sleep cycle in a way that non-sleep researchers can understand.  This interesting video can be borrowed from the Bellevue University Library for one week and may be renewed once.