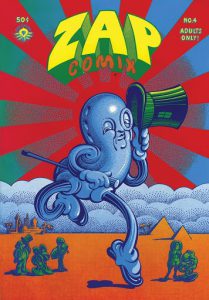 The world of comics has come a long way to get where we are today. Marvel has an entire cinematic universe, superhero toys and symbols can be seen all over stores; even lesser known and more niche comics like Ghost World, Invincible, The Walking Dead, or Watchmen now have movies and tv shows to critical acclaim. This all seems so commonplace to us now, but for a while in the late 50’s and early 60’s, comics as we knew them almost ceased entirely.

Much like any new medium in American history, many parents started to become worried about children reading comics. In addition to fear that it would deteriorate their brains and bring down their reading level, they also began to raise concerns over elements of crime and horror being featured in these comics that children had such access to. In response to this, Charles F. Murphy, a New York Magistrate, was named the head of the Comics Magazine Association of America. He was a specialist in “juvenile delinquency”, and wanted to create a code of ethics that could be applied to the media to effectively standardize it and wash it clean of what many found offensive.

This did not at all account for adult fans of the medium, nor did it leave much wiggle room for any sort of compelling narratives, social commentary, or thrills and high stakes. Comics, which were once full of action, sci fi, superheroes, and detectives, suddenly found themselves unable to publish most of their material. Some of the things banned or monitored under the 1954 Code are as follows: 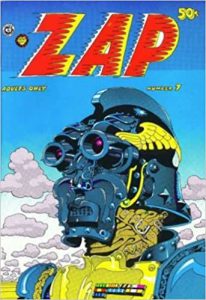 The list goes on to include many more rules, most revolving around the idea of obscenity and shocking material often depicted in darker or more action-heavy stories. If the code had only applied to comics marketed towards children, or had been more specific, it could have held some validity, but this was not the case. Story writers had to strip down their action sequences, water down dialogue, and dramatically reduce or remove the villains from their stories. This was too much for many artists, and they ceased producing their comics altogether.

This slowly led to the rise of Comix, an underground comic scene that avoided large distributors as a means of avoiding the influence of the code. After having their art under such scrutiny for a while, many comix artists decided that they would draw and write whatever they wanted, and distribute it themselves. Since it was a direct lash-back at the Comics Code Authority, these “comix” tended to feature everything the code prohibited: sex, drugs, rock & roll, horror and profanity, social commentary and challenges to authority. Some say the “X” in comix was put there to differentiate it from traditional comics in a fun and edgy way, but many others agree that it was more of a warning towards the “X-rated” and explicit content within.

While many comix dealt with the “rock & roll lifestyle”, comix allowed all sorts of new stories to be told, stories that would’ve been torn from the shelves never to see the light of day if the CCA had their druthers. Some female story writers and comic artists began to publish autobiographical and feminist works, like Dana Morgan, Trina Robbins, and Joyce Farmer. They could tell their stories of the unedited female perspective  without censoring how they were treated, how they were talked to, and the things they would say back. The freedom from censorship allowed them a level of self expression and freedom unknown to a standard comic artist before.

By the mid-70’s obscenity laws began to pull back a little, and comic publishers like Marvel even published collections of (tamer) comix in collections called “Comix Book”. The series was short-lived, however, and only five were published before they stopped. Comix had created their own little niche and cult following, and the big publishers weren’t able to so easily hop back in. Comix sellers became a little bolder in 1973, after Supreme Court case Miller v. California ruled that communities could start setting their own obscenity guidelines. Drug paraphernalia shops became largely banned, where many artists would sell their works, so mail-order comix became more and more popular. The movement had started to become a full-blown business. 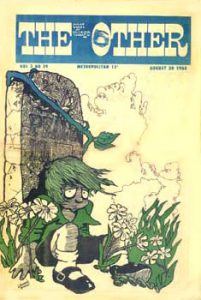 Near the end of the 70’s, some artists began to detach and start their own solo and less obscene projects. People like Art Speigelman used their fame grown during the movement, as well as the social leeway created by comix, to tell stories like Speigelman’s “Maus”, as discussed in my previous blog post. Art and comics became used to draw attention to relevant social issues, critiquing and adding commentary in a less in-your-face way while still maintaining an adult and more serious tone. Comic collections and magazines became more common, spawning the Strip AIDs books that raised money to fight AIDs and protect the queer communities, books about female liberation and rights, comics about counterculture fashion, art, and music, and progressing into publications we still see to this day, like National Lampoon or MAD Magazine.

While a certain level of discerning is good as far as what children read, the comix movement is proof that absolute censorship stifles creativity. Many stories and movies we see nowadays pride themselves on twist endings, moral dilemmas that go beyond black and white, and retelling of stories from different perspectives. Much of this would have been banned under CCA, and who knows what sort of precedent the continuation of a code would have set for movies, television, and written media. The comix movement challenged oppressive censorship, and put the duty of discerning appropriateness back in the hands of the individual.