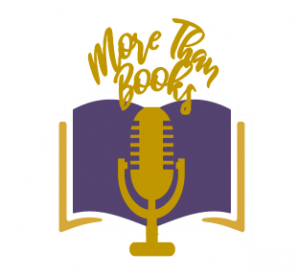 Welcome to the More Than Books Podcast Episode 45!  Named after the official Bellevue University Library newsletter, each episode features library staff members discussing a topic related to literature, libraries, technology, pop culture, and more. Now available on iTunes!
“More Than Books” Podcast – Ep. 45: Literary Hoaxes
Description: In this episode, Sierra and Emily, will take you through some of our favorite Literary Hoaxes! Grab a cup of tea and enjoy!
Music Attribution:
Intro – “Can’t Stop Me” from Feeding the Lions EP by ProleteR
Outro – The Last Noel by Quincas Moreira
Literary Hoaxes Discussed (summaries taken From Goodreads):
A Modest Proposal by Johnathan Swift
“The originality, concentrated power and ‘fierce indignation’ of his satirical writing have earned Jonathan Swift a reputation as the greatest prose satirist in English literature. Gulliver’s Travels is, of course, his world renowned masterpiece in the genre; however, Swift wrote other, shorter works that also offer excellent evidence of his inspired lampoonery. Perhaps the most famous of these is A Modest Proposal, in which he straight-facedly suggests that Ireland could solve its hunger problems by using its children for food. Also included in this collection are The Battle of Books, A Meditation upon a Broomstick, A Discourse Concerning the Mechanical Operations of the Spirit and An Argument Against Abolishing Christianity in England. This inexpensive edition will certainly be welcomed by teachers and students of English literature, but its appeal extends to any reader who delights in watching a master satirist wield words as weapons.“
The Blood Runs Like a River Through My Dreams: A Memoir by Nasdijj
“A searing book as powerful as the life experience that inspired it, THE BLOOD RUNS LIKE A RIVER THROUGH MY DREAMS transports readers to the majestic landscapes and hard Native American lives of the desert Southwest. Born to a storytelling Native mother and a roughneck, song-singing father, Nasdijj has always lived at the jagged-edged margins of society, yet hardship and isolation have only brought him greater clarity — a gift for language and a voice of searching honesty.“
War of the World by H.G. Wells

“When an army of invading Martians lands in England, panic and terror seize the population. As the aliens traverse the country in huge three-legged machines, incinerating all in their path with a heat ray and spreading noxious toxic gases, the people of the Earth must come to terms with the prospect of the end of human civilization and the beginning of Martian rule.

Inspiring films, radio dramas, comic-book adaptations, television series and sequels,The War of the Worlds is a prototypical work of science fiction which has influenced every alien story that has come since, and is unsurpassed in its ability to thrill, well over a century since it was first published.”

The views and opinions discussed within the “More Than Books” Podcast do not necessarily represent those of the Bellevue University Library or Bellevue University as a whole. Discussion of film availability was accurate as of the time this podcast was recorded.