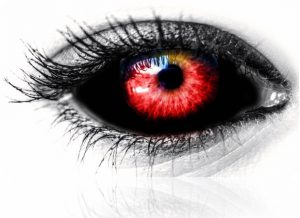 October is just around the corner (like tomorrow!) and nothing says romance than dragging your not-so-secret vampire lover from their dusty crypt for a spook date on All Hollow’s Eve. Whether they be a classic Nosferatu or a sexy, new romantic type, these films will quench their eternal thirst. Batting for the old school vamps, we’ve got three films that are sure to make your skin crawl, and maybe give your ye-old blood sucker some nostalgia, throwing them back to the good old days of no surveillance cameras and murder sprees (not that they’ll clue you in on that!).

For the Old School Vampire Lovers 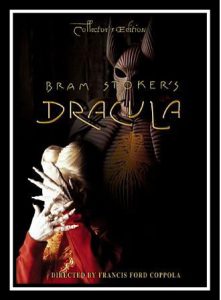 Here we start off with a classic (and one of my favorite movies of all time. As the best film adaptation of Bram Stoker’s beloved novel, this version of Dracula takes the once mysterious figure of Victorian horror and swathes him in the role of the romantic hero. Gary Oldman as the Count is – as some would call it – ageless and has managed to stand the test of time. Stunning costume design and scenery, an haunting, melodic score (as well as an original song by the esteemed Annie Lennox, of Euthrymics fame), and an award winning cast, there is no doubt that Bram Stoker’s Dracula will take your breathe away…or at least your blood.

“15th-century warrior Vlad goes off the fight the Turks. Upon his return, he finds that his wife Elisabeta, hearing he was dead, has killed herself. Maddened by this injustice, Vlad curses God, and becomes the immortal blood-eating fiend known as Count Dracula–for centuries. When English attorney Jonathan Harker journeys to Dracula’s castle, the Count sees a photograph of his fiancée, Mina Murray. Dracula’s patience has been rewarded–Elisabeta lives again! The Count goes to dastardly lengths to possess Mina, while her best friend Lucy, Lucy’s three suitors, and Prof. Abraham Van Helsing all become entangled by Dracula’s quest. The modern age is dawning, even in Transylvania. Will the Count triumph, or be relegated to the past?”

Based on the popular novel of the same name, this film brings the brooding vampire trope back to 1800s, where our favorite creatures of the night roamed New Orleans city streets. Witness the love story of a generation as Lestat seduces young, widowed Louis into the life of immortality.

“The selfishly evil vampire Lestat seduces Louis into a life of immortality, where he is troubled by the need to kill to maintain his own life.” 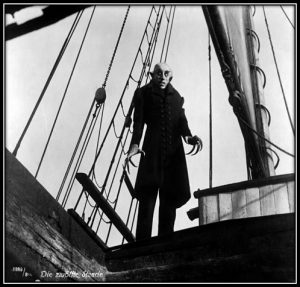 You can’t get any more classic than good ‘ol Nosferatu! As the first vampire flick in existence, and arguable the first Dracula adaptation (but that’s a whole other can of worms), Nosferatu has the charm of the silent film era, while still maintaining an eeriness that will have you at the edge of your seat.

“In this highly influential silent horror film, the mysterious Count Orlok (Max Schreck) summons Thomas Hutter (Gustav von Wangenheim) to his remote Transylvanian castle in the mountains. The eerie Orlok seeks to buy a house near Hutter and his wife, Ellen (Greta Schroeder). After Orlok reveals his vampire nature, Hutter struggles to escape the castle, knowing that Ellen is in grave danger. Meanwhile Orlok’s servant, Knock (Alexander Granach), prepares for his master to arrive at his new home.”

If you enjoyed this film, you might want to check out the metafiction horror film, Shadow of the Vampire (2000). This films acts as a fictionalized documentary, taking the horror of the Nosferatu storyline and grounding it into real life. Film production for Nosferatu has hit troubling times; and it doesn’t make it any easier when the film crew start to have suspicions about the lead actor.

This film is available for Bellevue University Patrons through Films on Demand.

And for those looking for a refreshing new take on the genre, here are

A love letter to the classic monster genre, this film takes a spin on the boy-who-cried-wolf narrative and brings it fully fleshed into the 80s. Charley Brewster lives a relatively normal life: he goes to high school, has a girlfriend, and an oddball best friend. But everything changes when Jerry, his new neighbor, moves in across the street. Odd occurrences seem to follow the mysterious Jerry, until one night Charley discovers the unimaginable truth: his neighbor is a vampire. But the real question is, will anyone believe him?

“A teenager discovers that the newcomer in his neighborhood is a vampire, so he turns to an actor in a television horror show for help dealing with the undead. For young Charley Brewster, nothing could be better than an old horror movie late at night.”

If you love the big hair, mid-song saxophone solos, and the tacky fashion of the 80s, then this is the film for you. Filled with teen heartthrobs, grisly vampire fights, and a cast of eclectic characters this will be a movie modern horror fans sink their teeth into!

“Financial troubles force a recent divorcee and her teenage sons Mike and Sam to settle down with her father in the California town of Santa Carla. At first, Sam laughs off rumors he hears about vampires who inhabit the small town. However, after Mike meets a beautiful girl at the local amusement park, he begins to exhibit the classic signs of vampirism. Fearing for his own safety, Sam recruits two young vampire hunters to save his brother by finding and destroying the head vampire.” 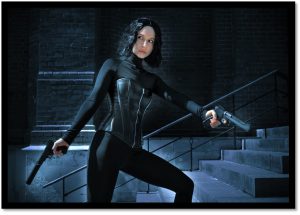 Mix the leather-clad action sequences from the Matrix with Vampires- and no, I’m not talking about Blade – and you get Underworld. This series has gained a dedicated cult following over the years, spawning the creation of five other films – one prequel and four direct sequels. Though the film is campy and filled with tropes (see Fur Against Fang), it remained to be a a thrilling, action packed ride. Underworld was one of the films that popularized the Werewolves versus Vampire trope, years prior to Twilight, as well as borrowing heavily from the World of Darkness cannon.

“A war has been raging between the Vampires and the Lycans for centuries. Selene is a vampire Death Dealer who finds out that the Lycans have plans to capture Michael. As Selene begins to track Michael, she becomes more convinced that the Lycans are planning an attack against the Death Dealers. The vampire kingpin, Kraven, is certain the Lycans do not have that kind of intelligence. As Selene shadows Michael, she finds herself wanting to protect him, but when he’s attacked by Lucian, the leader of the werewolf community, and the man she wants to save has now become a sworn enemy.”

A Film for Everyone

“Housemates Viago, Deacon, and Vladislav (Jemaine Clement, Taika Waititi, & Jonathan Brugh) are three vampires who are trying to get by in modern society; from paying rent and doing housework to trying to get invited into nightclubs. They are just like anyone else – except they’re immortal and must feast on human blood. When their 8000 year-old roommate Petyr, turns 20-something human hipster Nick, into a vampire, the guys must guide him through his newfound eternal life.”

This film is available for Bellevue University Patrons through Kanopy Streaming.

Many of these films, and more, can be found at the Bellevue University Library! Check out online catalogue for availability.