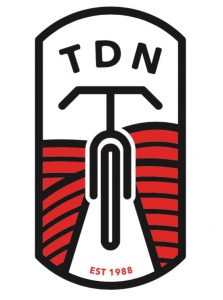 Usually June brings eagerly awaited annual activities for Nebraskans to participate in, read about, or view: College World Series, Papillion Days, Swimming Trials, Vacation Bible School. More to the point for this blog, there are also two major bike rides – the Tour de Nebraska and Bike Ride Across Nebraska (BRAN). In this spring of the coronavirus pandemic and the associated social distancing, the June activities have been postponed until 2021. The routes will remain the same and the host towns are the same, just a year later. Why have two June marathon bike rides? What is the difference between Tour de Nebraska and BRAN?

Tour de Nebraska began in 1988, when the proprietors of the Lincoln bike shop Cycle Works decided to experiment with a five-day (Wednesday-Sunday) bike trip through rural Nebraska to bring novice bike riders together. Thirteen stepped up to the challenge that June, and they had such a good time that it grew..and grew..and GREW. For Tour de Nebraska, the maximum number of riders has been capped at 500. It was decided to make it a circle tour, which means that you begin and end in the same spot. Daily mileage is between 50 – 60 miles. Each year, the planned route and the host overnight towns are announced in early December. It was planned for June 17-21, and the host towns would be Kearney, Alma, Red Cloud, and Hastings. To see a local map of the route, click here. For more information on Tour de Nebraska see YouTube video of 2019 event. 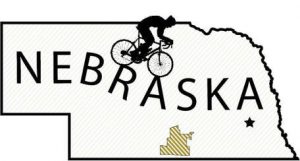 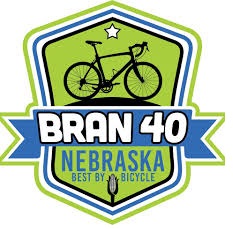 BRAN began in 1980 as a project of the Northwest Rotary organization. It is a seven-day ride, and this year was to begin in Hemmingford and head east each day. The maximum number of riders allowed is 600, and the daily mileage is usually between 50-80 miles. After expenses are paid, BRAN uses residual money from the entry fees to sponsor scholarships for Nebraska residents to attend Nebraska colleges and universities. It was set for the second week of June, and the host towns would be Hemmingford, Hyannis, Thedford, Callaway, Ord, St. Edward, Shelby, and Wahoo. For the complete route, click here.

Then March 12-13 arrived and to ensure that the risk of contagion was kept at a minimum, the phrase “social distancing” entered everyone’s vocabulary. The organizers of both Tour de Nebraska and BRAN announced earlier this spring that both rides would be postponed until next June, using the same routes and host towns. BRAN will roll from June 6-12, 2021, and Tour de Nebraska is scheduled from June 17-21, 2021. Bike riders have the intervening year to get in condition and anticipate the views to be seen, friends to be made, and unique aspects of the host towns to experience next year.

May our readers  and those dear to each of you remain well.