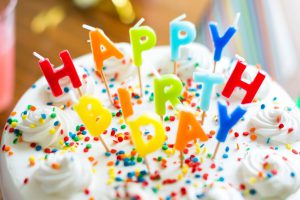 The “Happy Birthday Song”, or “Happy Birthday to You”, is easily one of the most recognizable English songs. The song has been translated into at least 18 different languages, and it’s sung on birthdays around the globe. However, you might have noticed it not appearing in movies, TV shows, or even sampled in other songs until somewhat recently. To truly understand why, you need to know a little more about its past.

According to most sources, the song was originally called “Good Morning to All”, written by Patty and Mildred J. Hill, American sisters and teachers, in 1893. The song was used in the mornings to bring the class together, giving them an easy and simple tune that they could all sing. It wasn’t until 1912 that their original melody was first recorded with the “Happy Birthday to You’ lyrics that we now know, and even then, the print in which it appeared featured no artist, author, or credits.

This all changed when The Summy Company filed it for a copyright in 1935, in an effort to secure all the rights for songs they would be publishing in a children’s songbook they planned to release. The rights to it stayed in their possession until 1988, when Warner/Chappell Music bought them out for $25 million. It is estimated that $5 million of that price tag was the “Happy Birthday Song” alone.

This hold on the copyright was further highlighted by the Copyright Term Extension Act of 1988, which allowed them to maintain their copyright until 2030. At this point, Warner/Chappell charged roughly $700 USD for a single use of “their” song in any media production. This choke hold on the use of the birthday song lasted right up until 2013.

This all changed with Rupa Mayra and her band, Rupa & the April Fishes. In 2013, Rupa recorded a soundbite of her audience singing “Happy Birthday” to her at one of her concerts. She found this clip so touching that she attempted to add it to a live album she had been working on. As soon as Warner/Chappell caught wind of it, they demanded she pay a licensing fee. Instead of paying the fee, Rupa filed a case against them, saying that not only should the song be public domain, but that Warner/Chappell should be forced to repay any company that they’d taken a fee from during the entirety of them owning the copyright.

After a long and arduous legal battle, the case was settled against Warner/Chappell, and any copyright they had was fully released, making the song public domain. Warner/Chappell also had to pay back over $14 million to all the companies they had charged over the years, seeing as the song had cultural significance beyond what could be copyrighted.

So from now on, if you ever hear the “Happy Birthday Song” used in a movie, sampled in a song, or even around your own dining room table, feel free to record it, share it, and sing as loud as you want. No one’s there to stop you, especially not Warner/Chappell Music.