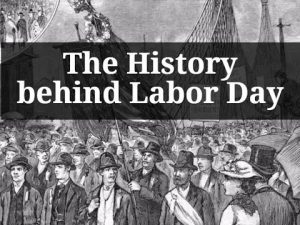 For many of us, an eight-hour day, a safe environment, and the absence of any coworkers still wiggling their baby teeth are common expectations for a typical workplace. We can thank the labor movement of the late 19th and early 20th century for this.

Labor Day may now be most recognized in the United States as a 3-day weekend for hitting up retail events or having the last leisurely getaway of the waning summer, but it was originally proposed by labor organizers as a day to honor workers for their great contributions to America’s industrial prosperity, and to bring attention to labor issues. 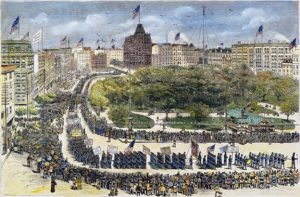 The first American Labor Day celebration occurred in New York City on September 5, 1882. Organized by the Central Labor Union, thousands of laborers and their supporters marched in a parade ending with a picnic, speeches, fireworks, and dancing in Wendel’s Elm Park. The popularity of Labor Day quickly spread, with many municipal and state governments recognizing the holiday. In 1894, Labor Day became a federal holiday, to be recognized on the first Monday of September.

In the years after that first Labor Day celebration, participants in the labor movement continued the fight to improve conditions for workers by forming unions, striking, picketing, marching, and performing other direct and political actions. Their achievements included child labor reform, the minimum wage, safety standards, shorter work hours, and organizing rights. 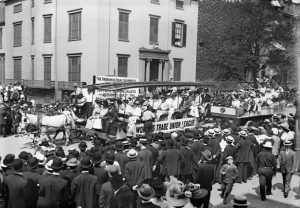 So this Labor Day, if you are one of the American workers fortunate enough to have the day off, kick up your feet and take it extra easy.  Raise a frosty beverage in honor those who fought, and those who continue to fight, for the fair treatment, safety, and dignity of workers.

Below are some of our library resources if you are interested in learning more about these topics: 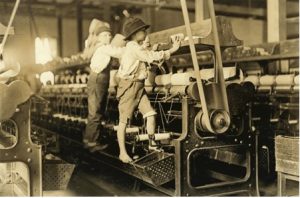 Lesser known than Of Mice and Men and The Grapes of Wrath, John Steinbeck’s first novel in this “Dustbowl Trilogy” received a film adaptation starring James Franco in 2017. In Dubious Battle (1936) tells the story of an agricultural strike and attempts to organize against abusive landowners.