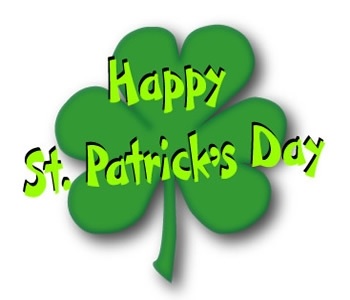 One day each year the city of Chicago dyes the Chicago River green, what would possess the citizens of the Windy City to dye their river green? Saint Patrick’s Day of course!  It’s not just a river, pubs and bars in the United States and The Emerald Isle will be serving green beer, signs and shirts reading “Kiss me I’m Irish” will be in abundance, and anyone not wearing green is libel to get pinched.  The question here is who was Saint Patrick and why do we spend every March 17 enjoying all thing dyed green?

Saint Patrick was born in Roman Britain in 385 AD to a wealthy family. At the age of 16 he was kidnapped by Irish raiders where he was enslaved for six years as a shepherd.  During his sixth year he “found God” who told to flee to the coast to a waiting ship that would take him home.  After returning home he decided to become priest.  After becoming a priest, tradition holds that he returned to Ireland to convert the pagan Druids to Christianity.  Saint Patrick’s evangelizing saw thousands of Druids convert to Christianity and helped create the allegory in which he drove all the snakes of out Ireland, with the druids being the snakes.  There never were any snakes in Ireland.  Additionally, it is believed that Saint Patrick used the three leaf shamrock to explain the Holy Trinity to the unconverted.  Irish tradition states that Saint Patrick died on March 17, 461 and was buried at Down Cathedral in Downpatrick, Ireland.  Saint Patrick was never canonized by a Pope because in the first millennium AD local churches were not allowed to canonize very holy people as saints.

The 1600s also saw the adoption of the color green with the green harp flag and Irish Catholic Confederation. Shamrocks and green ribbons became a part of the Saint Patrick’s Day tradition in the 1680s.

The Chicago Journeymen Plumbers will be dyeing the Chicago River the color “perfect green,” bars and pubs will be pouring green beer across the world, and those unfortunate enough not to wear green will be pinched.  Are you going to be celebrating the day reserved for the patron saint of Ireland?