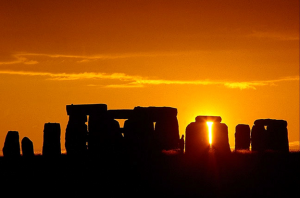 This Sunday brought the first day of summer to June. To others it may go by Midsummer’s Eve and ‘the sun stands still’ but you may know it as the Summer Solstice.

There’s just something about the welcoming of summer and the longest day of the year that says magic. People spend their time praying to ancestors and nature, hoping for prosperous summer tidings. Thousands visit places like Stonehenge and Avebury every year to see the sun rise. The sun creates life and contributes to the circle of existence. It’s full of magic if for no other reason aside from the fact that people think it is. It’s a long standing tradition to perform rituals or ceremonies on Midsummer’s Eve.

The importance of the Solstice trickles throughout many cultures.

Most people, whether they’re Christian, Pagan, or what have you, are in awe of the strength the sun possesses and the life that is created by the powers that be.

For various religions, there was often a goddess depicted. She could be pregnant with life or just be revered as the mother goddess. Due to the belief that the sun created life and worked with the powers that be, the earth is honored on this day.

It’s also a day of the faerie folk in most pagan and ancient traditions. Shakespeare even wrote an entire play about the mischief the Fae cause in the night.

The ways to celebrate Midsummer’s Eve vary. According to ancient belief, it was a good time to start a new. It was believed that summer makes it easier to keep promises made to oneself. You’re not suffering from winter doldrums or anything else.

The beliefs that come with the Summer Solstice are vast and it’s impossible to get all of the information into one post. Still, it’s fun to see what does exist out there in terms of rituals involving different days of the earth’s yearly cycle.

Check out the library’s website or the links below to learn more information.