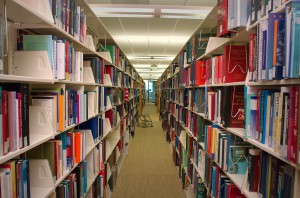 Beatin’ that bummer-time in the summertime…

Fear not, for I am still with you, readers; however, things have been pretty busy at the library with a huge shipment of new titles. We have really been trying to listen to our faculty and staff this last year and have picked a number of new fiction titles that we think will make their way to hungry readers this summer. I should mention that I haven’t had the chance to read most of these titles-I just want to highlight these because they look really interesting. Let’s dig in! 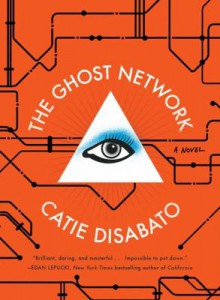 In this debut novel by Catie Disabato, Molly Metropolis, a famous pop singer, suddenly disappears on her way to a huge performance in Chicago. It is up to her personal assistant and a journalist covering Molly’s career to sift through the clues to find the missing pop idol. What begins as a lighthearted scavenger hunt becomes increasingly serious as they uncover the dark mystery of…the ghost network.

After reading the prologue of the book, I have to say that it is well-written, easy to comprehend yet witty, and is not overly evocative. The author very clearly knows the city of Chicago quite well (having been born and raised in that area), which gives the book a sense of stability and reality. If you are looking for a mystery that is thoroughly entrenched in the here-and-now, then check out The Ghost Network! 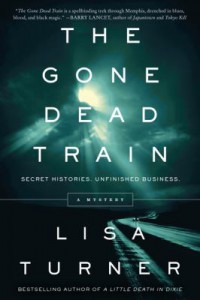 The sequel to “A Little Death in Dixie,” Lisa Turner uses her Memphis upbringing to continue the tale of homicide detective Billy Able, a Memphis city cop who becomes suddenly entangled in a series of murders and crimes that date as far back as the civil rights movement. With the help of a Santeria Priest (a religion often confused with voodoo), he delves deep into the dark places of Memphis to solve a gruesome puzzle.

This is a book that relies heavily upon the setting and all the color that that entails. If you enjoy the American South, gothic murder, and voodoo magic, then The Gone Dead Train might be for you.

The Golem and the Jinni 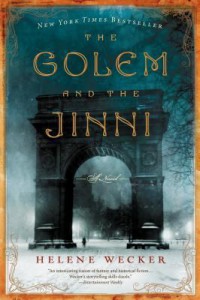 Another highly-acclaimed debut novel, Helene Wecker brings us a unique and interesting fairy tale.  This is the story of Chava, a clay golem who is brought to life through dark Kabbalistic magic and, through a series of unfortunate events, finds herself on the shores of New York City. It is there that she meets Ahmad, a jinni who was trapped in an old copper flask centuries ago and was accidentally released by a tinsmith in a Lower Manhattan Shop. Together they become unlikely friends as they try to fit in with their immigrant neighbors at the turn of the 20th century. All is well and good until an incident drives them back to their separate worlds; however, a powerful threat soon forces these two back together to make a fateful choice that will change the fabric of their existence.

This is a great mix of romance, mystery, fantasy, and historical fiction. Helene Wecker draws upon her time in New York pursuing her Master’s in fiction writing to give us a fantasy novel for those who many not normally read fantasy.  This is an excellent addition to our fiction collection. 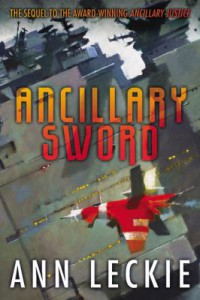 The sequel to the 2014 winner of the Hugo and Nebula award for best novel, it appears that Ann Leckie may yet win a Hugo again with her fantastic science fiction space opera following the story of Breq, a soldier who was, until recently, sharing her consciousness with a thousand-year-old space ship. However, after a moment of trauma, she is separated from the consciousness of the ship and becomes autonomous. In Ancillary Sword, Breq is sent on a mission to protect a remote system of planets, which eventually leads her to protect the family of a lieutenant she once knew…and murdered in cold blood.

The acclaim and awards lauded upon the first novel make this one a pretty sure-bet for me. I could use something to break up the terrible books I’ve been reading as of late. You’ll have to fight me for this one!

The Way of Kings 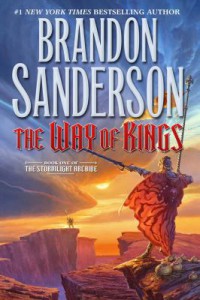 A Lincoln, NE native, Brandon Sanderson ushers in a new age of high fantasy with his new series called “The Stormlight Archive”.  This is epic fantasy in every sense of the word, with the book coming in at a total of 1,001 pages. The story predominantly focuses on the life of Kaladin, who becomes a slave who is forced to fight in a war he neither wants nor understands; Brightlord Dalinar Kholin, who commands an army that is entrenched within that war and is fascinated by an ancient text that may lead him to great power; and Shallan, who acts as if she wants to train as a scholar for a notorious heretic, but in truth wishes to steal a valuable heirloom from her soon-to-be master. Their stories are interwoven into a beautiful tapestry of narrative excellence.

This story took over ten years of planning, writing, and world building for Sanderson to bring it to light. I should mention that  I’ve tried listening to the Audiobook version of this title, but I soon grew tired of the narrator and the slow, developing story. However, after many of my friends convinced me to give it another shot, it is back on my to-read list. If you have the time, please give this a try. If you don’t, Sanderson’s book Mistborn: The Final Empire is a much shorter but still fantastic read. He is currently my new favorite author (it helps he is a Nebraska native).

That is just a fraction of the new fiction that is making its way into the Bellevue University Library collection. Keep your eyes peeled on our online catalog for more new titles.

What is a new fiction title that you are looking forward to this year? Let us know in the comments below!