Last week I presented a selection of about five young adult dystopian novels, and doubtless you devoured them as quickly as possible. Or, you spent time instead pondering why adults read YA, and participated in the twitter conversation. Whether you’ve already read all of my suggestions or you are researching why you should read them, you probably just want more titles to choose from. And that is what I offer you here:

Uglies, by Scott Westerfeld, depicts a world of beautiful people whose sole purpose in life is to be beautiful and to have fun. This indulgent society is juxtaposed with a world of “uglies,” or children under the age of sixteen who have not yet undergone the surgery that will turn them into “pretties.” When Tally’s friend runs away from her looming operation, challenging the idea that beauty is the only path to happiness, special operatives threaten to leave Tally ugly, until she brings her friend back. In searching for her friend, Tally encounters a whole tribe of subversive “Rusties.” In the end, Tally must decide whether a pretty face and her place in the perfect society is worth sacrificing her newly formed friendships. Much like The Hunger Games, Uglies follows one girl’s mission of survival, which ultimately leads her to question societal norms. Sequels include Pretties, Specials, and Extras.

In Ally Condie’s Matched, society dictates what the population eats, wears, watches, and even determines a mate for each seventeen year-old. When Cassia’s match is made with Xander, her best friend, she could not be more relieved. But when the card showing Xander as her match also shows her Ky, a young man with a shady past, she must find out who her true match is. In digging deeper into her feelings for both boys, will she find out more about her seemingly perfect society? Watch a trailer for the novel here. Sequels include Crossed and Reached.

The United States’ Second Civil War was waged over reproductive rights, and ended when both sides could find a compromise: life is sacred from conception until age thirteen. However, in Neal Shusterman’s novel Unwind, parents may have their children “unwound” (all of their organs are transplanted into other human beings so that they may live on) between the ages of thirteen and eighteen. Connor, Risa, and Lev have all been signed over to be unwound, but will they escape their fate? Sequels include UnWholly, UnSouled, and UnDivided.

What happens when the world is ravaged by nuclear explosions and all but select individuals residing in the Dome have been left to die? Pure, by Juliana Baggott, explores the world of “wretches” (individuals who were caught in the explosion and fused with whatever was surrounding them) and chronicles the adventures of one “pure” (the name given to those who were affluent enough to earn a spot in the Dome). Partridge escapes the Dome and everything he’s ever known to try and find his mother among the wretches, even though she may not be alive. He encounters friend and foe on his path to his mother, and learns more about the Dome than he could ever have suspected. This page-turner challenges you to dig deep and distinguish between the monstrous wretches created by nuclear fusing, and the monsters created by the Dome. Sequels include Fuse and Burn. 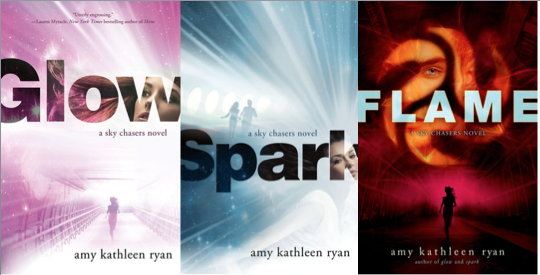 In Glow, by Amy Kathleen Ryan, Waverly and Kieran live a peaceful life with their families and friends aboard the Empyrean, a spaceship bound for a new planet where they will re-establish the Earth’s population. But when their sister ship, the New Horizon, violently attacks them and kidnaps all the girls, Kieran and Waverly must find their own way back to each other. Kieran’s leadership is questioned on the ship with the remaining teenaged boys and Waverly must incite revolt in her fellow girls to be reunited with her home. This suspenseful adventure is written from the perspective of the main characters, and questions whether we can recognize our enemies near or far. Sequels include Spark and Flame.

Lastly, I want to add The Walking Dead, by Robert Kirkman, to my list of dystopian young adult novels. This graphic novel was adapted into a television series on AMC, with the same name. In this world, people do not die; instead, their bodies reanimate and they seek to consume human flesh. Rick awakens in an abandoned hospital, alone, except for the hordes of undead. He is searching for his family, and will do anything to keep them safe, and in this way is established as the leader of the small group of survivors he comes across. This story line follows the group of survivors and forces the question: are the zombies greater monsters than the people trying to survive? A gripping, if violent, read, for fans of zombie movies or stories of human survival. The last published issue of the series is # 132.

What do you look for in a dystopian novel – nuclear wasteland or high tech domination? Which are your favorite YA titles? 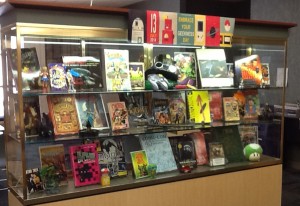 Ever since the Display Case has been assembled this month, we have noticed an increase in patrons stopping by to look inside, and making a point to ask us about its contents. I had the pleasure of sitting down with Allison Schafer, the circulation assistant who decorated our display case this month.

END_OF_DOCUMENT_TOKEN_TO_BE_REPLACED

If you are like myself in that you succumb to fads like jeggings or paleo diets, you are probably wondering what the next big literature trend is. If you’ve been paying attention to upcoming movie releases (which are all just based off of books anyway), you have probably noticed a recurrent theme: the main character is a young person escaping from harm in an alternate universe where the whole societal structure is based on some “law” which is contrary to that which we know to be good. Confused? Let me explain further. END_OF_DOCUMENT_TOKEN_TO_BE_REPLACED

The word “infographic” refers to any visualization of data; this definition embraces everything from a basic pie chart made in Excel, to an elaborate combination of pictures and numbers, as illustrated by the Federal Student Aid’s graphic entitled “Why go to college?”

They can also be on any number of topics: a timeline of Marvel superheroes’ first publication dates, or a study of libraries’ most popular rentals. Infographics are a fun way to share dry, numbers-based data in a visually appealing way. END_OF_DOCUMENT_TOKEN_TO_BE_REPLACED 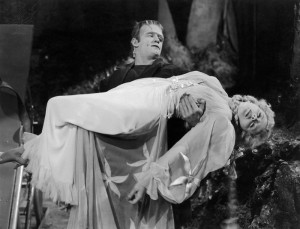 In many ways, creating a presentation, composing a piece of music, or even making a film can resemble the act of creating a monster. You need several ingredients, must follow a certain procedure, and when it is made, you need to let it be free.

Addie is not the name of the distressed damsel in this picture, nor the name of an American Girl Doll, but rather an instructional design model. People use ADDIE to create effective lessons, interactive tutorials, and even videos. It stands for: Analyze, Design, Develop, Implement, and Evaluate. Those principles can be attributed to the steps of video creation in order to create fun, yet compelling videos (or creatures). Once you have the idea for your monster, you are ready to begin with ADDIE:

END_OF_DOCUMENT_TOKEN_TO_BE_REPLACED

Much like its predecessor Polaroid swept the nation in the 1980’s, Instagram – the younger, hip-er, digital version – currently features among one of the most downloaded apps.

So infectious is its popularity that we, Bellevue University Library, could not help ourselves and had to get our own account: @bulibrary. END_OF_DOCUMENT_TOKEN_TO_BE_REPLACED

6. Air conditioning – In the summer, temperatures can reach all-time highs! Be sure to keep cool, and drop in to visit with us. We also have Tornado Shelters, should the weather turn.

5. Refreshments – We have four water fountains, two Coke machines, one vending machine, and one microwave for patron use. All of these can be found in the refreshment area, just inside our south doors. Stay hydrated in this heat! 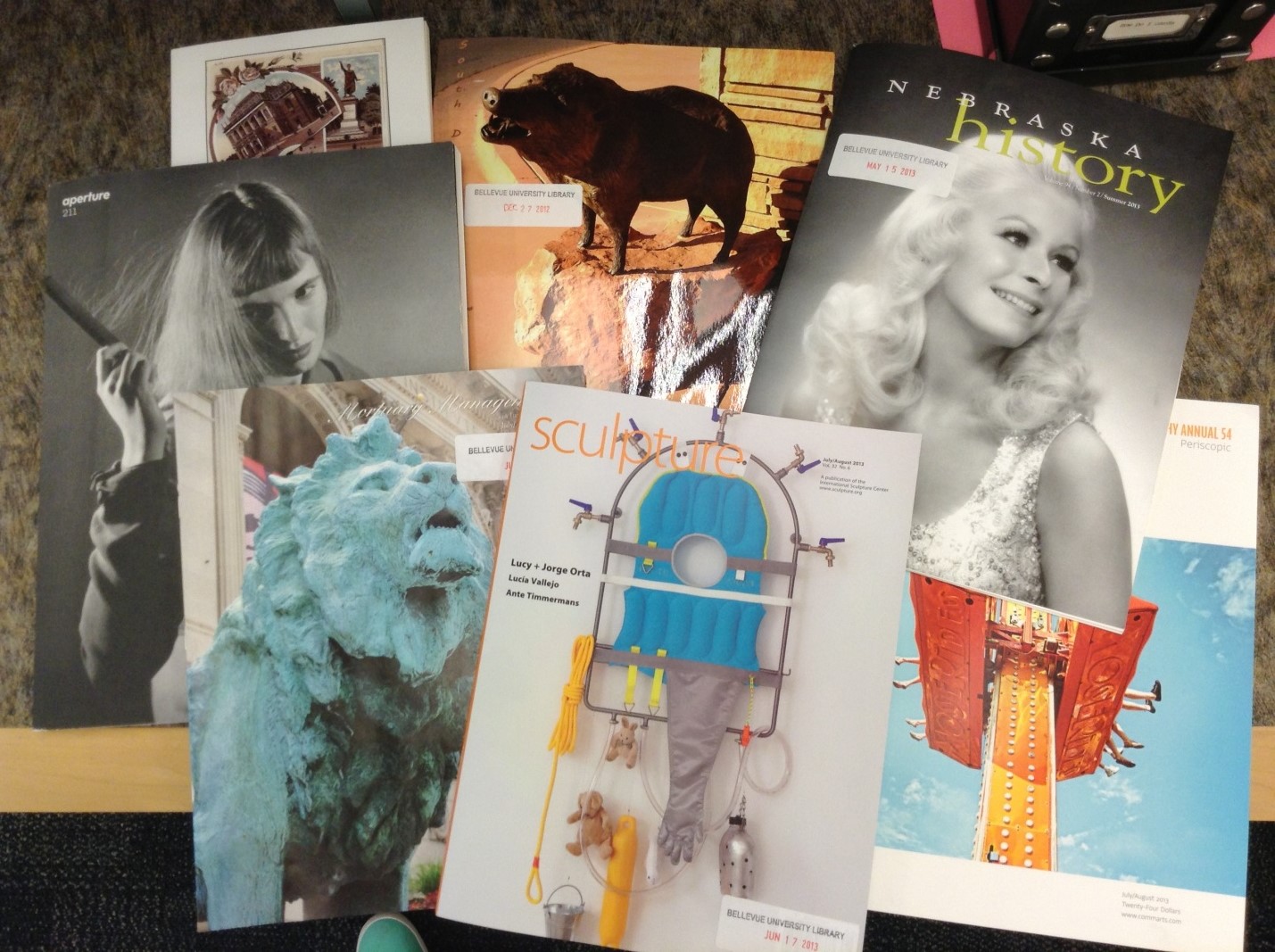 4. Summer reads – We have subscriptions to about 450 magazines, which we receive on a weekly or monthly basis. We also have close to 60,000 online journals for your reading pleasure!

3. Display Case – Come see our newest displays, focused on our newest books, baseball season, or National Parks and Recreation Month. If you can’t come in person, you can usually see a picture of it on Pinterest or Instagram.

2. Computers – Bellevue University offers wifi throughout the campus, including our library! Don’t have a computer of your own? Come use our computers to work on summer classes, catch up on school emails, whatever you need!

1. Staff – We are always here to help you with any research questions, technical issues, or outreach concerns you may have! Can’t visit us? Check out our Facebook, Pinterest, and Instagram accounts! 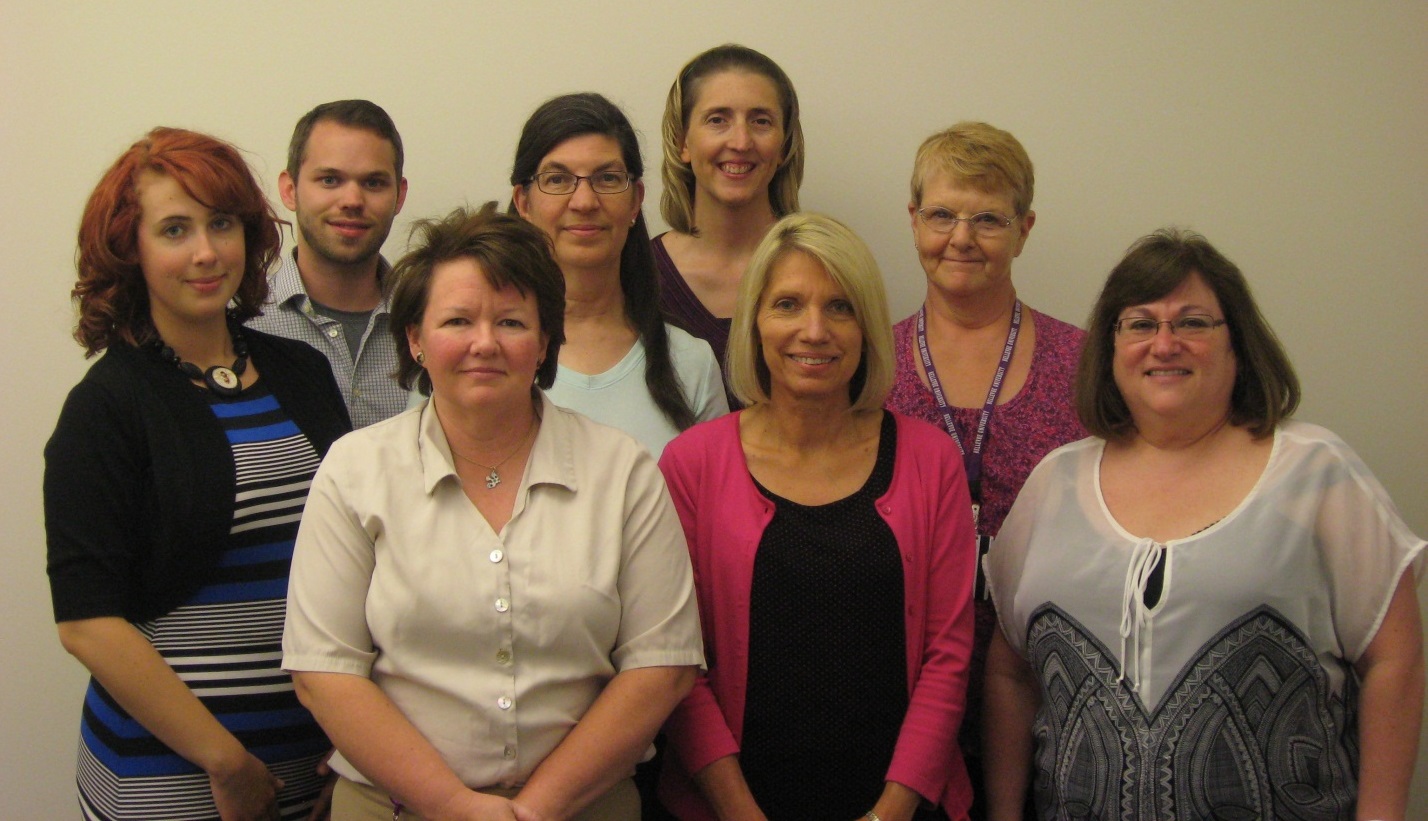 Have a good summer!