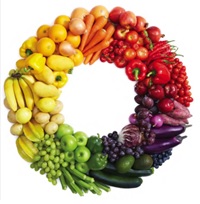 For much of the country, June is the start of the summer season and brings with it an abundance of fresh fruits and vegetables. National Fresh Fruit and Vegetable Month has been observed in June since 1991, originally as a way to promote growers and the grilling season. The details of how it originated are unclear, but it seems obvious why the month of June would be perfect. Supermarkets overflow with colorful choices not available in winter, farmers’ markets spring up offering fresh local produce, and for those who have the space, there is nothing better than fresh produce straight from your garden.

END_OF_DOCUMENT_TOKEN_TO_BE_REPLACED

The Bellevue University Library has not let the Covid-19 pandemic cancel their annual National Library Week celebration. It will just be a little different this year, but first some background about the week itself. Back in the 50s, libraries weren’t worried about the Internet, but they were worried that people were spending less time reading books and more time listening to the radio and watching television. So the National Book Committee was formed in 1954 to encourage people to read more. By 1957, they had developed a plan for National Library Week in cooperation with ALA (American Library Association) and the Advertising Council. The first National Library Week was celebrated in 1958 with the theme, “Wake Up and Read” and it has been celebrated every year since. After the National Book Committee disbanded in 1974, ALA took over complete sponsorship.

This year’s theme is “Find Your Place at the Library,” and everything was going according to a plan that included an Open House, Lunch and Learn, READ posters, Used Book Sale, contests, and more. Then Covid-19 happened and there was no Plan B. Being resourceful librarians, as we are here at the Freeman Lozier Library, we didn’t let that stop us.  With the week rapidly approaching, we put our heads together, and came up with a plan for a virtual National Library Week.

Here is what is happening:

The week will be celebrated April 19-25, and all the details are on the National Library Week page on our website and on our social media. Be part of this unique celebration by participating in the week’s online events, and above all, know that no matter what, you have a place at our library!

What do Charles Darwin, Emily Dickenson, Albert Einstein, Mozart, Nikola Tesla, and Michelangelo all have in common? They are a just few of the many famous people in history who are thought to have been on the autism spectrum. More contemporary figures who show signs of being on the spectrum are Tim Burton, Bill Gates, and Steve Jobs, even television characters – who doesn’t know Sheldon? Autism has many faces; you probably know someone who falls somewhere on the spectrum. In fact, autism affects about 1 in 59 children in the U.S. today, with boys being four times more likely to be diagnosed as autistic than girls. Though statistics may seem to show autism is on the rise, it was not until well into the twentieth century that it was diagnosed as a mainstream condition. Nevertheless, prevalence of autism in children in the U.S. has increased by almost 120% in the last 20 years, making it the fastest growing disability. It often carries a stigma and is misunderstood. April is Autism Awareness Month and a good time to learn more about this common disorder.

END_OF_DOCUMENT_TOKEN_TO_BE_REPLACED 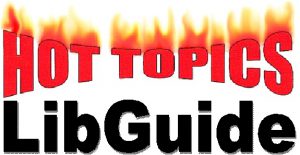 There is a new kind of LibGuide in town, a series called “Hot Topics.” The LibGuides in this series focus on the topics that everyone is talking about and usually disagreeing about. The first in the series is available now. Climate change is a topic that raises questions about what causes it, how much effect human activity has on it, or whether it is an entirely natural part of the life cycle of the Earth.  Some people even deny it exists at all. The Hot Topics: Climate Change LibGuide provides an abundance of resources of all types that address these issues.

END_OF_DOCUMENT_TOKEN_TO_BE_REPLACED 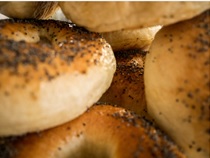 It seems like there is a day for everything, so why not bagels! Today, January 15, is National Bagel Day. Of course, everything has its story and this is the story of the bagel.

END_OF_DOCUMENT_TOKEN_TO_BE_REPLACED 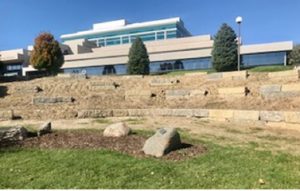 What is going on in the area of campus just to the north of the Learning Center? You might have noticed that space was cleared, large landscaping pavers installed, and little plants appeared everywhere on the hill. This is actually a garden of native Nebraska plants and just the beginning of a three year innovative project, the Bellevue University Sustainability Learning Lab. Partially funded by a $200,000 grant from the Nebraska Environmental Trust, the lab will be a bonus to both students, especially biology and sustainability management students, and the community. Commenting on the award, Dr. Dennis Joslin, Executive Director of the Council of Independent Nebraska Colleges Foundation, sums it up by saying, “The Sustainability Learning Lab has tremendous potential to benefit the State of Nebraska by raising awareness and educating future generations of students and citizens about how to conserve, enhance and restore natural environments.”

END_OF_DOCUMENT_TOKEN_TO_BE_REPLACED 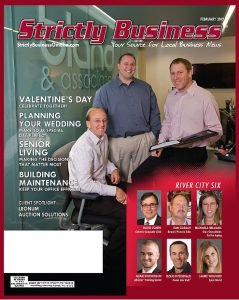 The Omaha business scene is vibrant and growing with new businesses , services, and products  being launched every month. Keeping up with all of this can be hit and miss – a news article here, a TV announcement there, or something spotted as you drive by. Strictly Business Omaha gathers all this information into one place.  Created mainly as a marketing and networking tool for business owners in the area, the 15,000 copies that are distributed each month often pass through hands at all levels of a business. While its role as a targeted advertising tool is of great value to businesses in the Omaha area, it also fills the role of a news source. Its current and relevant business information makes it the best way to keep up with Omaha and surrounding
area businesses. END_OF_DOCUMENT_TOKEN_TO_BE_REPLACED

It’s not hard to find interesting or useful facts when you crack open a book in the library.  Let’s see what fun facts Margie found when she browsed through the reference related materials.

END_OF_DOCUMENT_TOKEN_TO_BE_REPLACED

Christopher Columbus is a household name to Americans, but his son deserves a place in history too.

END_OF_DOCUMENT_TOKEN_TO_BE_REPLACED 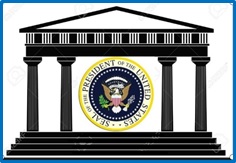 If your mental image of a library starts and stops with your public library or university library, then you probably have never visited a presidential library. You may even think that a presidential library is just a room full of books, documents, and a few photos or portraits. That is what I thought until I visited the FDR Presidential Library and Museum in Hyde Park, NY. I had no idea at the time of the significance of this particular presidential library or the role that FDR himself played in the modern presidential library. There was hardly a book in sight, but the 12,000 square foot space was filled with exhibits, many interactive, and all manner of memorabilia from his large collections, not only telling the story of Franklin Delano Roosevelt’s time in office but also the events going on in the country at that time. It was a fascinating few hours.

As I was to learn later, FDR was actually the driving force behind the modern system of presidential libraries. From the earliest days of the nation, most of the documents accumulated during a president’s term in office were considered his personal property and went with him when he left office. Often they were divided up among family, friends, political colleagues, libraries, or historical societies, often ending up in basements, attics, and abandoned buildings. Some found their way to the Library of Congress, but many items were lost to time, others to deterioration resulting from poor storage conditions.  FDR, however, believed that these presidential papers belonged to the people and needed to be properly preserved, so he donated all his things, including thousands of items of memorabilia, to the National Archives, that was established while he was in office. He also donated a portion of his estate for the building of the library. His vision became the basis for future presidential libraries which were built with private funds, maintained by the National Archives and Records Administration (NARA), and open to the public.  Every president since has followed in FDR’s footsteps, with a presidential library operated in this fashion.

Presidential libraries are part library and part museum, providing a fascinating walk through the history and the events that affected the nation at that time. Besides the museum portion, which is all that most visitors see, another component of the presidential library is the Research Library. This is where the primary source books, documents, photos, letters, and other papers are kept, carefully preserved in archival boxes. Many secondary sources related to this president are available for use as well. This room is open to the public but usually requires a special visitor’s badge to enter the room. There visitors are free to use the resources and even make copies, though unlike regular libraries, nothing can leave that room. Most people using this room are doing serious research and desired teems can be retrieved upon request from storage by archivists, who are always available to help. Fortunately, thousands of items have been digitized, an ongoing process, and are available from the library website, making these documents accessible to even more of the public.

So what about all the presidents prior to Hoover, surely some of them have presidential libraries? This is true though they are not operated by NARA, and often open years after the president leaves office or has even died. They may occupy free standing buildings, or be housed in a public library or historical society. Most have a research library, as well, that is open to the public but may require an appointment. The documents in these libraries are mostly secondary sources while the surviving important documents are housed in the National Archives. Nevertheless, many include exhibits and artifacts that bring the presidency and the times to life. As with the presidential libraries in the system, many things have been digitized providing easier access.

So next time you have the opportunity, be sure to visit one of the Presidential Libraries or do a virtual 360 degree tour, available from most of the library websites. Much more information about these libraries can be found at the links below: