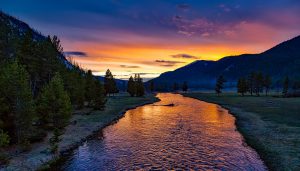 Summer is the best time to take a road trip and visit many of the great National Parks in the United States. Because of this, it is very fitting that July marks National Parks and Recreation Month! Unfortunately, there are no official National Parks in Nebraska (although there are a number of National Monuments), but the central location of the state makes it easy to access a number of great parks in neighboring states such as Wyoming, Colorado, and South Dakota. END_OF_DOCUMENT_TOKEN_TO_BE_REPLACED 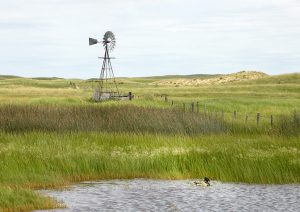 It is mid-June, temperatures are rising, and summer is fully in swing. June also happens to be Great Outdoors Month, and is the perfect opportunity to get out of the house and experience nature! While extensive traveling may not be possible due to COVID-19, there are many locations across Nebraska (some even in our own backyard) where you can experience the splendor of the Great Outdoors!

END_OF_DOCUMENT_TOKEN_TO_BE_REPLACED 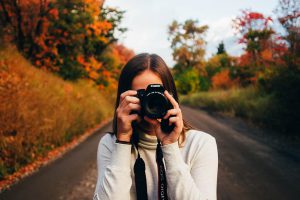 With the weather steadily improving, now is the perfect time to go outside, take a walk, and capture the moment through the viewfinder of your camera! It just so happens that May is also National Photography Month – dedicated to the craft that has captivated humanity since the invention of the camera, as well as celebrating the photographers who captured important moments in history.

Photography is more than just a hobby for many – it is an art. Photographers also often put their lives on the line in order to capture that perfect shot. Wartime photographers are often casualties of war, and the photos they take can have a profound impact on public opinion of a conflict. Nature and wildlife photographers will spend days, weeks, months, or even years in rugged and inhospitable conditions just to shoot a rare moment.

END_OF_DOCUMENT_TOKEN_TO_BE_REPLACED 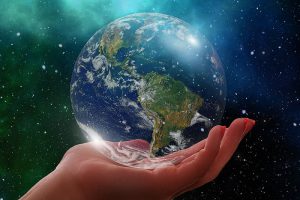 Today marks an important milestone in the history of environmental progress. April 22, 2020 is the 50th anniversary of Earth Day! Founded in 1970, Earth Day was originally intended to be a day of education about environmental issues. Its mission has since expanded to “diversify, educate and activate the environmental movement worldwide.”

Earth Day was the idea of a U.S. Senator from Wisconsin, Gaylord Nelson. Inspired by the rise of the environmental movement in the 1960s, Sen. Nelson had the idea for a national “teach-in” about environmental issues at the community level. This had massive public support and participation, and started a movement that has lasted for fifty years.

There are many easy ways you can celebrate Earth Day today, and help work towards a more sustainable and healthy environment:

This Earth Day, it is important to reflect on the history of the holiday and remember all the environmental progress of the 50 years. Cleaner air and water, ethical and sustainable farming practices, energy-efficient building practices, and renewable energy sources all give hope for a brighter and more green future for the entire planet. 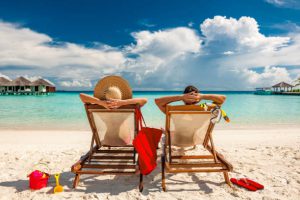 In this uncertain time of lockdowns and social distancing, the best way to see the world is by taking a much-needed virtual vacation! National Virtual Vacation Day falls annually on March 30, and celebrates the rise of technology that can help you see the world from the comfort of your home. Internet, augmented and virtual reality headsets, and online exhibitions all can help you travel the world at the click of a button.

END_OF_DOCUMENT_TOKEN_TO_BE_REPLACED 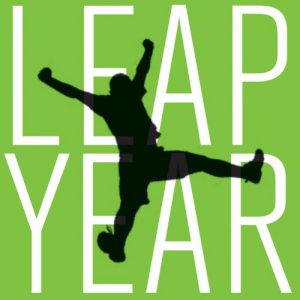 The 29th of February, or Leap Day, is a date that only comes around every 4 years. The reason for the extra day is fairly straightforward. While a standard calendar year is 365 days long, it actually takes around 365 days and 6 hours for the Earth to revolve around the Sun. Because of this, every 4 years, an extra 24 hours is added to the shortest month of the calendar.

The additional day dates back to 45 BC with the adoption of the Julian Calendar, the Roman calendar named for its architect Julius Caesar. This calendar quickly became the primary calendar used throughout the entire Roman Empire, and remained in use until 1582 when the modern Gregorian Calendar was introduced.

Leap Day has persisted in popular culture, due to local traditions as well as serving as a major plot point for many stories throughout history. 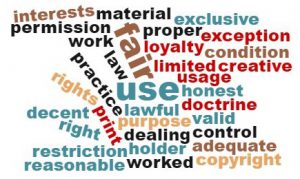 According to Copyright.gov, “Fair use is a legal doctrine that promotes freedom of expression by permitting the unlicensed use of copyright-protected works in certain circumstances.” It can be a daunting task to figure out what is and is not considered fair use. END_OF_DOCUMENT_TOKEN_TO_BE_REPLACED 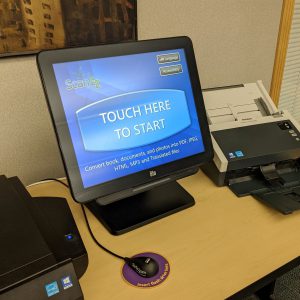 The scanning station includes a flatbed book and photo scanner, and a document feeder for larger documents. These scanners have the ability to save to an e-mail address, DropBox, OneDrive, flash drive, or smartphone (using a QR code).

The new scanning station is located near the printers, by the library staff offices. Stop by and give it a try today! 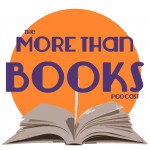 Description:  Welcome to the More Than Books Podcast! In this episode Joel and Colin briefly revisit a previously-covered topic (Episode 16: The Disinformation Age) before diving headlong into the world of zines, including discussing their history, possible precedent publications, and their recent resurgence. They also talk about popular zine topics through the decades, discuss local and internet collections of zines, and talk a little about how to make them.

END_OF_DOCUMENT_TOKEN_TO_BE_REPLACED

Description:  Welcome to the More Than Books Podcast! In this episode Joel and Colin reflect on the history of how controversial texts have been received and how there should be more to Banned Books Week than talking about the latest young adult literature being challenged in public and school libraries. Examples discussed range from the 4th century BCE (the suppression of apocryphal religious texts) up through today (the current state of news media in Turkey).