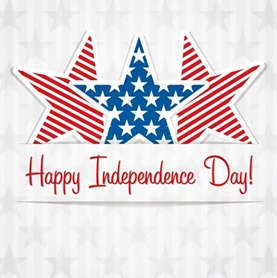 Many Americans celebrate Independence Day by enjoying several activities such as: lighting or watching fireworks, having barbeques or picnics, going to baseball games, and gathering with family and friends to enjoy the day.  Some may think it is all about the fireworks and food while others take time to have a parade and may even dress in clothing from the 1700’s to remember and celebrate one of the most important events in American history, our political separation from the government of England.

The date of importance that we remember is July 4, 1776, but did you know that the Continental Congress actually voted for independence on July 2, 1776?  They did not approve the declaration until the 4th.  Massachusetts became the first state to make July 4th a state holiday in 1781. Then it did not become a federal holiday until 160 years later in 1941.  The citizens of Bristol, Rhode Island have celebrated Independence Day continuously since 1785.  Independence Day festivities became more widespread after the War of 1812.

Facts about the Signers of the Declaration of Independence: 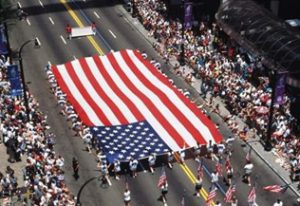 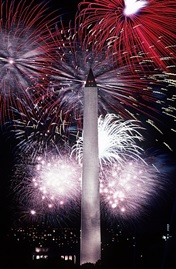 https://www.dailyinfographic.com/independence-day-2018 , which is an infographic from the History Channel and they got their information from: U.S. Census Bureau, National Archives, American Pyrotechnics Association, Gallup, Macy’s, Nathan’s Famous, Inc., National Hot Dog and Sausage Council