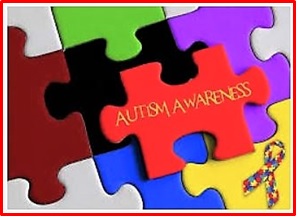 What do Charles Darwin, Emily Dickenson, Albert Einstein, Mozart, Nikola Tesla, and Michelangelo all have in common? They are a just few of the many famous people in history who are thought to have been on the autism spectrum. More contemporary figures who show signs of being on the spectrum are Tim Burton, Bill Gates, and Steve Jobs, even television characters – who doesn’t know Sheldon? Autism has many faces; you probably know someone who falls somewhere on the spectrum. In fact, autism affects about 1 in 59 children in the U.S. today, with boys being four times more likely to be diagnosed as autistic than girls. Though statistics may seem to show autism is on the rise, it was not until well into the twentieth century that it was diagnosed as a mainstream condition. Nevertheless, prevalence of autism in children in the U.S. has increased by almost 120% in the last 20 years, making it the fastest growing disability. It often carries a stigma and is misunderstood. April is Autism Awareness Month and a good time to learn more about this common disorder.

In general, autism spectrum disorder (ASD) impairs a person’s ability to communicate and interact with others, as well as affecting their behavior, emotions, and learning. Within that spectrum, though, is a wide range of behaviors and manifestations, from severe impairment to mild.  Autistic individuals may be highly intelligent and high functioning, or mentally disabled and dependent on others, but all have some degree of social and behavioral challenges and quirks. Some common behaviors in children are a preference for playing alone, structured rather than spontaneous play, being upset by any changes in routine or foods, being very rigid and focused, showing little emotion, resisting cuddling and close contact, and being unable to relate to the feelings of others, or to make friends. Often they exhibit uncontrollable misbehavior or meltdowns, sparked by insignificant things. Many conditions that used to be diagnosed separately, now fall under the ASD umbrella, including Asperger Syndrome and pervasive developmental disorder not otherwise specified (PDD-NOS). In addition to behavioral symptoms, there are often other medical and mental health issues involved.

Though no exact cause of autism can be pinpointed, it is thought to involve some combination of genetic and environmental factors, and often runs in families. Gene changes that are associated with ASD do not actually cause autism, but simply increase the risk, and likely affect crucial aspects of early brain development. Symptoms usually begin during early childhood and persist throughout a person’s life. While there is no cure, intensive, early treatment, with or without medications, often helps those with ASD to learn to adapt their behaviors to what is expected and considered acceptable.

It can take patience and understanding to live with or deal with people with this disorder, which is why autism awareness is so important.  Those with autism can and do contribute and achieve many important things; they just have a different way of going about it.

History’s 30 Most Inspiring People on the Autism Spectrum