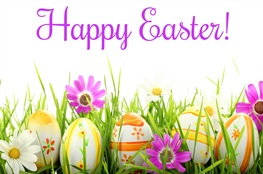 Easter can mean a lot of different things to people.   It occurs on the first Sunday following the full moon after the vernal equinox and celebrates the resurrection of Jesus Christ.  As a result of this formula, the date fluctuates, and Easter is observed anywhere between March 22 and April 25th.  The first recorded observance of Easter was during the second century, but the timing of the holy day was set by the Council of Nicaea in A.D. 325.  This year, Easter falls on April 19th.

Nearly 80% of Americans celebrate Easter, but not all of them view it mainly as a religious holiday.  Between 60%-65% of Americans attend church services on Easter.  Americans send up to 43 million on Easter cards each year. 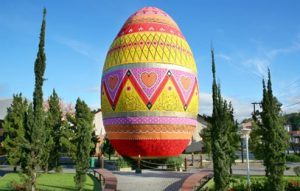 What about the eggs?

So, however you celebrate Easter, we hope you enjoy your day and the weather that spring brings.