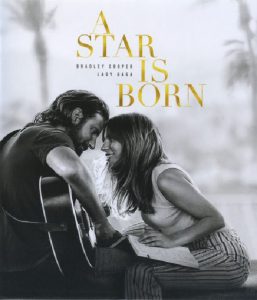 Are you a softy for romance movies?  If so, you are sure to enjoy the fourth remake of the original 1937 film “A Star is Born.”  This musical drama film is produced and directed by Bradley Cooper, co-written by Cooper, and has Cooper as one of the main characters.  Cooper plays Jackson Maine who is Ally’s boyfriend. Ally is played by Lady Gaga.

The movie opens with Jackson Maine performing in a live concert. Once the concert ends, he decides to go to a bar. He meets Ally and the two become fast friends.  Ally is a struggling musician who is about to give up on her dream of being successful in the music business. However, when she meets seasoned musician Jackson, Ally has the chance to perform and tour with Jackson and shares the stage with him. The two fall in love and marry.  Allie makes it big as a singer, songwriter and performer, whereas Jackson’s career goes downhill due to his ongoing battle with alcohol and drugs.

At the 76th Golden Globe Awards, “A Star is Born” earned five nominations including Best Motion Picture-Drama, and also won Best Original Song for a song titled, “Shallow” which was one of the songs performed by Ally (Lady Gaga) in the movie.

This touching, emotionally charged film can be found in the media section of the Bellevue University Library and can be borrowed for one week.