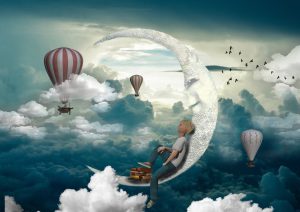 February 26 is “Tell a Fairy Tale Day” here in the United States. While this is an unofficial holiday, the tradition of oral histories, legends, and myths, has been around for thousands of years. Many of the same stories that are told today (often in the form of children’s movies, books, or even TV shows) have evolved from centuries of use. Different cultures often have similar stories that they circulated, often incorporating morals or spiritual beliefs of the area.

While the Grimm brothers are largely credited for the creation of many Western fairy tales, this does not seem to be the case in many instances. By tracing back through the languages that share similar stories, the language identified as the “last common ancestor” of the story can be found. Through this process the researchers can approximate the date when a story first became widely circulated. In recent years, anthropologists have discovered that some classic tales are even older than expected. Stories thought to date from the 1500s were found to be thousands, not hundreds, of years old. Stories such as “Beauty and the Beast” and “Rumpelstiltskin” have ancient origins tracing back to 4000 years ago. Researchers believe that these stories were originally told in languages that don’t even exist anymore.

However, some fairy tales have more recent origins. These often stem from true events, albeit watered down in modern times from the more gruesome or uncomfortable historical elements. The Pied Piper, for example, is believed to be an actual man from 1264 in Hamelin, Germany. The Piper rid the town of rats, and after the elders refused him the money he was promised, he whisked away the children of the town. Similarly, most of the tale of Bluebeard was based on Gilles de Rais, and first written about by Charles Perrault, a 17th century Frenchman. Rais was a war hero and protector of Joan of Arc; however, after he left the military he became an infamous serial killer of children.

Although we often think of fairy tales as the gentle bedtime stories that lull children to sleep, it is fascinating to look at their rich, complex, and often horrifying origins. There is just something about these stories that has allowed them to stay relevant for hundreds or even thousands of years.