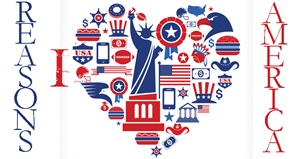 During September, National Americana Month brings the nation together to reflect on the basics of life in the United States that have knitted us together and made us Americans.  All across the country, images of Americana appear in shop windows up and down small town streets. Whether it’s parades on Independence Day or concerts and county fairs all summer long, we each have developed traditions and a sense of nostalgia that forms a part of who we are as an American.

Through every decade since the word Americana was coined in 1841, folk music has influenced a broad range of musical styles in the United States. Often the voice of oppression and rebellion, lyrics not only become a battle cry or anthem, but an oral history frequently repeated. Its ability to inspire and influence other genres of music continues today.

Our idea of Americana may be found in the very food we eat or in a turn of phrase. It may be an adventure on Route 66. Along the way, perhaps engaging in a friendly debate about baseball, hoops or an election while stopping at a roadside stand to savor dishes that have become uniquely American.

Take your pick. Historical or theatrical, poetic, scientific, uptown, downtown, city slicker or country bumpkin, Americana comes in all shapes and sizes.  The question for National Americana Month is, what does it mean to you?

To help get you thinking, People magazine came up with 100 reasons to love America in 2019.  I have found their lists since 2016.  See if you agree with their choices and enjoy celebrating America your way this month. 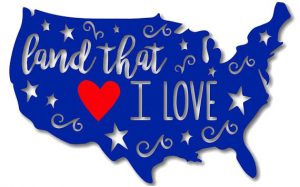