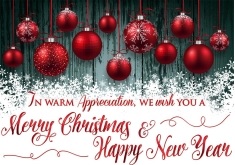 The custom of sending Christmas cards started in 1843 in the UK by Sir Henry Cole.  He was a government worker who had helped to set up the new “Public Record Office” (Post Office) where he was an Assistant Keeper.  He looked for a way that the office could be used more by ordinary people. 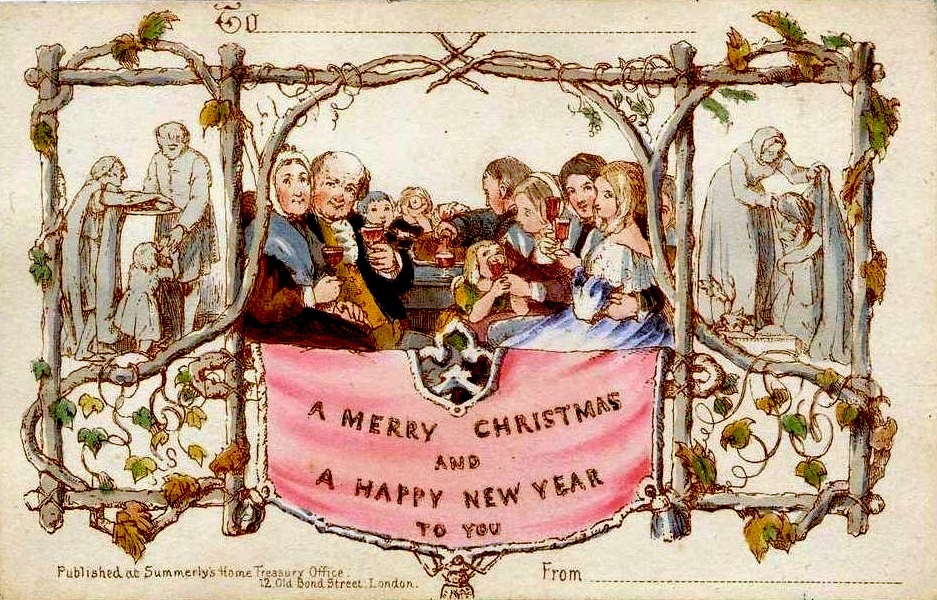 d the idea of Christmas Cards with his friend, John Horsley, who was an artist.  They designed the first card (on the right) and sold them for 1 shilling each. (That is 5p or 8 cents today, but in those days, it was worth much, much more.)  Some people did not like the card because it showed a child being given a glass of wine.  About 1000 were printed and sold.  There are now very rare and cost thousands of pounds or dollars to buy now.

The first postal service that ordinary people cold use was started in 1840 when the first ‘Penny Post‘ public postal deliveries began.  (Sir Henry Cole helped to introduce the Penny Post.)  Before that, only very rich people could afford to send anything in the post.  The new Post Office was able to offer a Penny stamp because new railways were being built and the trains could carry much more post than a horse and carriage.  Cards became even more popular in the UK when they could be posted in an unsealed envelope for one half penny.

The first cards usually had pictures of the Nativity scene on them.  In the late Victorian times, robins (an English bird) and snow-scenes became popular.  In those times the postmen were nicknamed ‘Robin Postmen’ because of the red uniforms they wore.  Snow-scenes were popular because they reminded people of the very bad winter that happened in the UK in 1836. 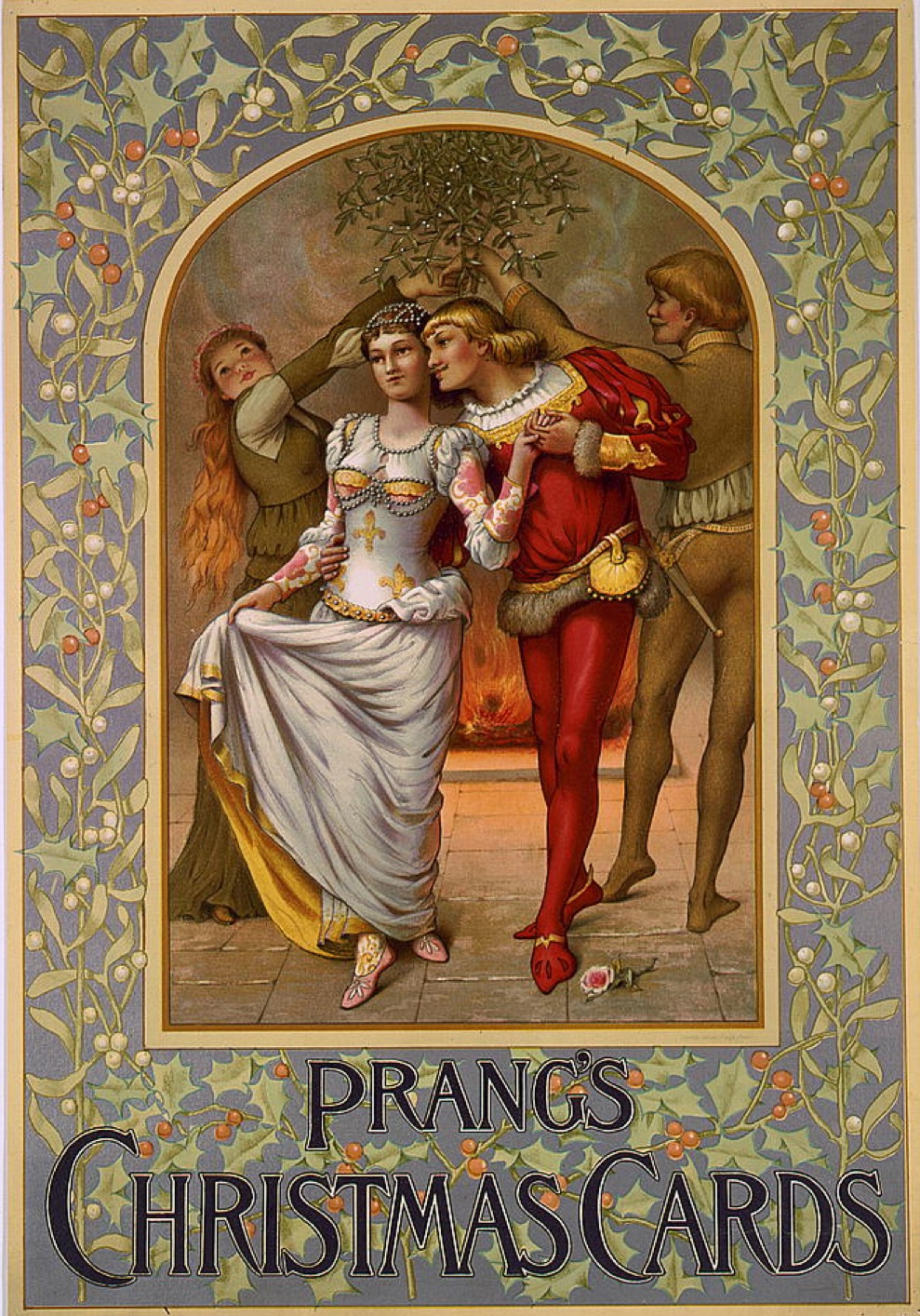 Christmas Cards appeared in the US in the last 1840s, but were very expensive and most people couldn’t afford them.  In 1875, Louis Prang, a printer started mass producing cards so more people could manage to pay for them.  Mr Prang’s first cards featured flowers, plants, and children.  In 1915, John C. Hall and two of his brothers created Hallmark Cards, who are still one of the biggest card makers today.

In the 1910s and 1920s home-made cards became popular.  They were often unusual shapes and had things such as foil and ribbon on them.  These were usually too delicate to send through the post and were given by hand.  Today, cards have all sorts of pictures on them.

Charities often sell their own Christmas cards as a way of raising money.  This custom started in Denmark in the early 1900s by a postal worker who thought it would be a good way to raise money and to make the cards more decorative.  Over four million cards were sold that first year.  Soon Sweden and Norway adopted the custom and it spread all over Europe and into America.

Every year, approximately 64% of all Americans send Christmas cards to friends and loved ones.  There are many reasons why we send them.  For most of us, it is the one time of year we update them on events that have occurred over the past year.  Some send cards to the armed forces or missionaries to show their support and to let them know they care.  Some save them as reminders of loved ones who passed away.  Have you sent any Christmas cards this year?

Lastly, here’s an infographic to share even more facts about giving Christmas cards that might convince you to send one, if you don’t already.