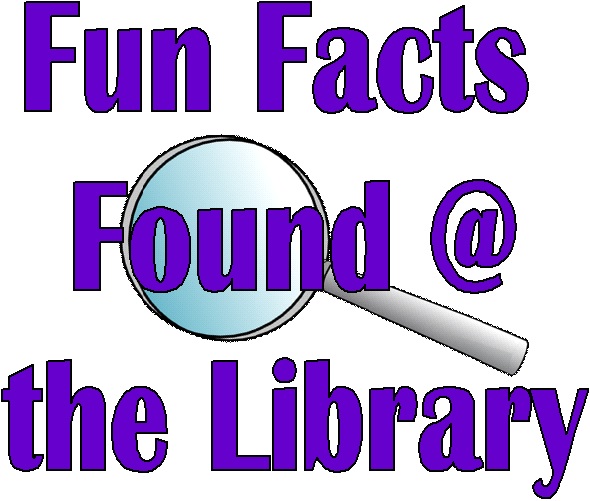 It’s not hard to find interesting or useful facts when you crack open a book in the library.

Let’s see what fun facts Matt found when he browsed through the Reference stacks.

No state’s rural area has a higher standard of living than Iowa’s.  Education and culture have long been of great importance to the state.  […] nearly 100 percent of the population over the age of 15 can read and write. FROM: Fifty States Every Question Answered, p. 243.  (REF  E180.B34 2014)

Moored mines are designed to be effective against submarines and surface ships in deep water but may be used in shallow water also.  The explosive charge and firing mechanism are housed in a positive-buoyancy case attached to a cable anchored at the sea bottom. FROM: Encyclopedia of Military Science, p. 890. (REF U24.E526 2013 V.2)

The Rooney Rule is a hiring practice regulation in the National Football League (NFL) that requires teams to provide a meaningful interview to at least one minority candidate when searching for a new head coach. FROM:  American Sports: A History of Icons, Idols, and Ideas, p. 1113. (REF GV583.A637 2013 V.3)

A bog (peat bog) is a poorly drained area of shrubby peat dominated by specialized acid-tolerant vegetation including shrubs, sedges, and peat moss.  It is spongy wetland habitat with a high water table, and has a high content of organic remains.  FROM: The Oxford Dictionary of Environment and Conservation,  p. 55. (REF GE10.P375 2013)

Transforming sap into maple syrup takes place very slowly.  The sap bubbles over a wood fire (maple wood is preferred) until about 98 percent of its water content evaporates.  Modern processes use mechanized evaporators to boil the sap and draw off the steam, but even hi-tech methods still require a final hand-stirring simmering. FROM: Canada, p. 107. (REF F1009.B67 2014)