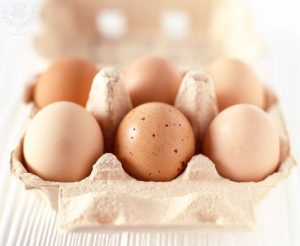 Today is World Egg Day!  In the U.S., our eggs are generally unpreserved (other than being refrigerated) and unfertilized white chicken eggs and, if not used as one ingredient in another dish, are generally eaten fried, scrambled, or hard-boiled. Would it surprise you to learn that the kinds of eggs we eat and how we prepare them represent but a small fraction of what kinds of eggs are used and how they’re prepared worldwide? While chicken eggs are the most commonly eaten eggs worldwide, other popularly eaten eggs include duck, goose, and quail. Less widely available are gull, ostrich, pheasant, and emu eggs, all of which are generally considered to be delicacies. However, even within just chicken eggs there are a wide variety of eggs that humans eat.

In some parts of the U.S. and in many countries (particularly European) white chicken eggs are very unpopular, with red and brown chicken eggs being vastly preferred. Interestingly enough, the color of the eggshell is solely a cosmetic concern, with most agreeing that it has no effect on the taste or quality of an egg. What does directly effect an egg is the way that it’s been preserved or otherwise prepared for the consumer. In the U.S. eggs are thoroughly washed and refrigerated, which they must be, as washing the eggs also increases their fragility and makes them more susceptible to the growth of salmonella. In many countries in Europe, eggs are left unwashed, meaning that they can be stored without refrigeration for weeks. Eggs are generally left unpreserved in the U.S., though pickling or salting them in other countries is not uncommon, which raises their shelf life from weeks to months or even a year.

One infamous preservation method that originated in China results in the misleadingly-named ‘century egg,’ which is a strongly flavored egg with elevated pH levels and distinctive coloration and texture (the white becomes a brown, mild jelly, and the yolk a rich, creamy green or grey). The century egg has developed a poor reputation in the West (making it a popular subject for ‘challenge’ videos on YouTube), but anyone with an adventurous taste in rich, potently flavored foods (like some cheeses) should be sure to seek one out to sample–they’re commonly available in Asian grocery markets, and far less potent than their reputation suggests.

Fertilized eggs are also eaten in some countries. Just because an egg has been fertilized does not mean that it contains a developed embryo however, as fertilized eggs are kept refrigerated, which prevents cellular growth. Much like different shell colors, whether the egg has been fertilized or not does not have an impact on how it tastes. However, balut, an egg that does contain a developed embyro, is considered a delicacy in some countries, and is becoming increasingly popular in the mainland United States and Canada. If you’ve sampled balut and enjoyed it (or not) I’d love to hear about your experience with it in the comments below.

Let’s wrap up with a few extremely basic ways to cook and serve eggs that are hopefully unfamiliar to you, and which you can add to your rotation of hard-boiling, frying, and scrambling in the future. 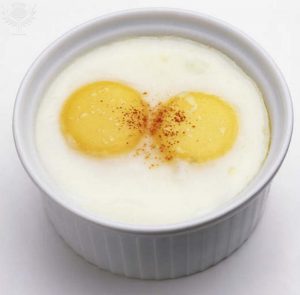 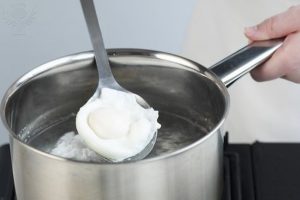 Hopefully you’ve found this deluxe-sized blog post on eggs interesting and fun–share your experience with exotic eggs and your favorite ways to use and cook them below!

Removing a poached egg from a pan of water using a slotted spoon. [Photograph]. Retrieved from Encyclopædia Britannica ImageQuest.
http://quest.eb.com/search/118_807488/1/118_807488/cite