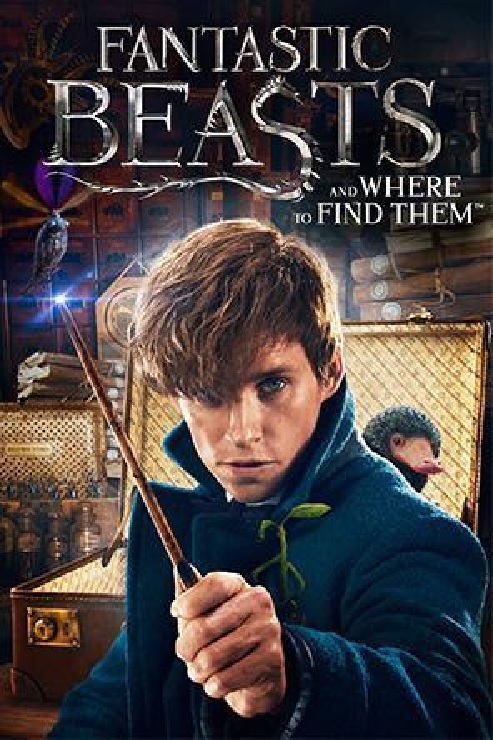 Although the Harry Potter series has sadly come to an end, the story of his world does not; author J.K. Rowling continues to expand upon it with the first movie in a new five part series titled Fantastic Beasts.

A spin-off of the original works, the story this time is set in 1920s America where the movie follows the exploits of magizoologist Newt Scamander, author of the book Fantastic Beasts and Where To Find Them, which Potter fans may recognize as required reading for Harry during his time at Hogwarts school of Witchcraft and Wizardry. Although fans will enjoy catching other familiar names and references throughout the film, it is unnecessary for viewers to be familiar with Harry Potter to understand Fantastic Beasts, thanks to it dealing with all new or previously barely-mentioned characters such as Newt in an all new environment.

The story starts off with what should be a quick trip for Newt across the pond quickly snowballing into a grand adventure after his suitcase full of creatures is accidentally set loose on an unsuspecting New York. Suddenly, he finds himself with a Muggle sidekick, or No-Maj as they are called in America, attempting to rescue his beloved creatures scattered across the city (preferably before they destroy it, and the Statutes of Secrecy keeping magic a secret along with it).  This all takes place while trying to stay on the good side of wizarding law enforcement and unraveling the secret behind the dark and mysterious power stalking the streets and leaving death and destruction in its path. Armed only with his wand, a couple of creatures that mostly cause as much harm as help, one very confused non-wizard, and a former wizard cop who is not sure whether to help him or arrest him, Newt has his hands full if he wants to save the day, or at least keep himself and his creature out of the clink.

Overall, Fantastic Beasts and Where to Find Them is a breath-taking ride through a new but vaguely familiar world full of intriguing characters, incredible creatures, mysteries, mayhem, terror, and fun. Between the fascinating scenes of period New York and grand displays of magic and majestic animals, are also plenty of world-building and ever-evolving relationships between the characters, combining into a dazzling adventure you will not want to miss. This film and others like it can be found in the Bellevue University Library’s General Collection and may be checked out for one week. (DVD PN1995.9 .F36 F368 2017)