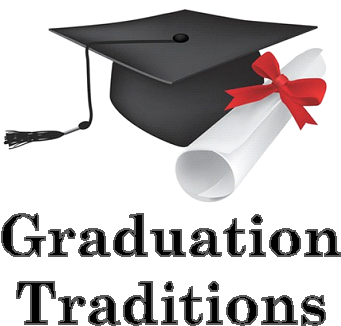 In my last post about graduation, I talked about the baccalaureate and commencement ceremony as well as the music.

Today, we will learn more about the traditions of the cap, gown, and tassel.

Cap and Gown
The use of the graduation gown began in the 12th century.  The color was gray and stayed that way for forty years.  There was an Academic Costumes and Ceremonies Committee that made changes to the gowns over the years.  In the 1950’s, students began to wear gowns that were composed of their school colors.  The basic rule today is that there should be no corsages or jewelry on the robes and that flat shoes be worn by both men and women.

Caps became popular in 14th and 15th centuries.  The hats were used to signify superiority and intelligence.  They were red in color to signify blood and life.  The style of the hat has varied through the centuries, but the one we are most familiar with today is the the square stiff hat that is believed to have been developed around the 16th century.  There is a debate, however, as to why the graduation hat is square.  Back in the 16th century, it appeared to look like a “mortar board” of a master workman.  Some feel that the square shape is representative of a book and gives it a scholarly appearance.  Lastly, some feel that it represnts the shape of the Oxford campus.

Not until the late 1800s were colors assigned to signify certain areas of study; however only in the United States.  European institutions have always had variety in their academic dress, but American institutions use a definite system of dress thanks to Gardner Cotrell Leonard.  The system he created was based on gown cut, style and fabric; as well as designated colors to represent fields of study.

Tassels
For high school and college graduations of a Bachelor’s Degree, the tassels are first worn on the right, and then flipped to the left upon receiving the diploma or degree.  If you are getting a Master’s Degree, the tassel starts on the left and is flipped to the right.  When does the flipping take place?  It all depends on the school’s tradition or rules.  Nor

mally there is someone to give a signal, but it is usually right after the handshake upon receipt of the degree.  Some may even flip the tassel as a whole group.  Tassels should be black, or the color of field of study listed below, unless it is for a doctoral degree, in which case it may be gold.

Tossing of Graduation Hats
We can thank the Navy for this tradition.  It started in 1912 at the U.S. Naval Academy’s graduation.  For the first time the Navy gave the newly commissioned graduates their officers’ hats a 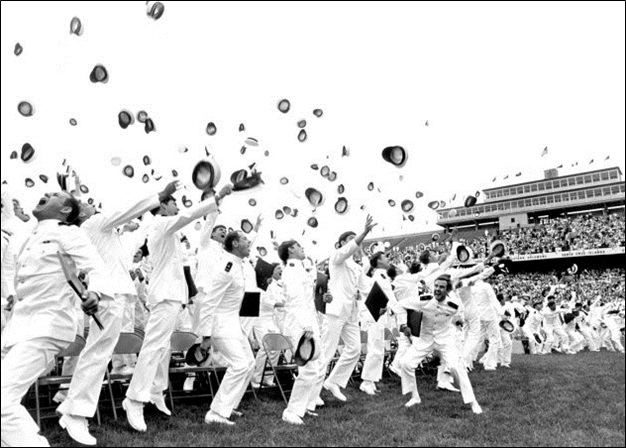 t graduation, so they no longer needed the midshipmen’s caps they’d been wearing for the past four years.  To show how thrilled they were, the new officers tossed their old hats up in the air.  Other students heard about this and followed suit.  My suggestion is to use masking tape and with a permanent marker write your name inside your cap if you want it back after your tossing.

Well, I hoped you learned a little more about graduation traditions with these two blog posts.  Let us know about your favorite graduation moments. 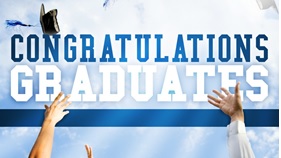