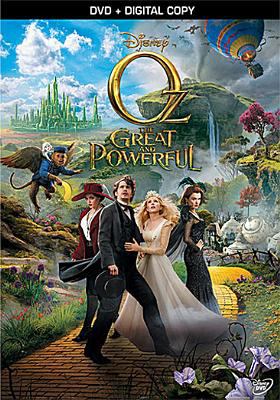 Although prequels are not an uncommon occurrence, prequels produced 70+ years after the original movie are a very unique, and risky, undertaking. But that is exactly the challenge Disney’s new movie, “Oz the Great and Powerful,” set itself to tackle. Set before the events of the MGM classic “The Wizard of Oz,” this film chronicles how carnival magician and shyster Oscar Diggs became the great wizard and savior of the Land of Oz, and learned how to become not just a great man, but even a good one.

The film first starts out in black and white with Oscar, known as Oz, working as a magician for a travelling circus. He dreams of creating fantastic illusions and amazing audiences and gathering fortune and fame, but seems too wrapped up in his own desires to care for those trying to help or care about him. Oz lies to a pretty girl to get close to her and use her in his magic act, carelessly snaps at his assistant whenever he tries to help or offer advice, and rebuffs the girl who loves him, telling her to go and marry the ‘good man’ who has just proposed to her while he is busy chasing greatness. Even while Oz is being whisked away in a hot air balloon by an errant tornado, he complains that he has not accomplished anything yet, and promises that if he can just live through the experience that he will go on to do great things.

Upon reaching the lush, colorful Land of Oz, he meets a good witch who tells him of their old king’s prophecy about a great wizard bearing the same name as the land who will someday arrive and free the inhabitants of Oz and rule over them as their next king. Oz thinks all of his dreams have finally come true as the people of Oz mistake him for the wizard and he believes he will receive the love and adoration of the population along with the fame and fortune of being the ruler of an entire land to boot! Unfortunately, before he can cash in and get the crown and the keys to the treasury he must first free the land from the tyranny of the Wicked Witch. Although extremely reluctant to face any danger, Oz’s greed wins out and he sets off to try to destroy the witch.

Just like in the original “Wizard of Oz,” Oz meets some friends on his journey who parallel the important people he knew back home who slowly begin teaching him to be a better person and support him in his quest. This becomes more difficult though as his previous selfish actions have contributed to the creation of a second Wicked Witch, and this one is hell-bent on his destruction. Faced with the wrath of two evil witches with a trained army, with only a seemingly useless group of townspeople, and a handful of friends who believe in him, Oz thinks all hope is lost. But instead, he finds that he has finally been given both the push and the inspiration needed to face his fears and earn the greatness he has always hoped for as he fights for his friends and becomes the Wizard of Oz.

Although not the timeless classic the original film was, “Oz the Great and Powerful” is still a beautifully shot, fun film that expands on some of the key characters from the original movie and pays tribute to it in a modern, entertaining way. This film and others like it can be found in the Bellevue University Library’s general collection and may be checked out for one week.